Each retrofit has its own set of challenges, but having a solid understanding of the various pumping and piping configurations available will lead to the correct design for each project. Learn the steps necessary to evaluate piping applications, pumping configurations, and control strategies necessary for a successful retrofit that increases overall hot water system efficiency.

The first step in the retrofit process is to evaluate the building loads, including any potential loads that are suitable for low temperature applications such as domestic water heating, pool heating, or radiant applications including snow melt or in-floor heating. Once the loads are fully identified, the next step is to evaluate the system design temperatures currently in use to determine if they may be modified to increase efficiency, remembering that the goal is to reduce the hot water return temperature as much as possible while still meeting the building load to increase boiler efficiency.

Next, the control used at the heating coils should be reviewed to determine the method of coil and pump control. Traditional, non-condensing boiler systems typically have three-way temperature control valves at each coil in the system, which allows for variable flow at the coil as the load varies; however, any flow that is not required by the coil is bypassed around the coil and creates constant flow in the system. By using two-way control valves, the wasted water that bypasses the coil is eliminated while reducing the flow in the system when it is not required.

In a retrofit application, the existing hot water system can be piped in a variety of different configurations, including constant volume, variable volume, variable flow primary, or primary secondary. Regardless of how the system was previously piped, almost always there will be a need to adjust the piping configuration to maximize system efficiency. 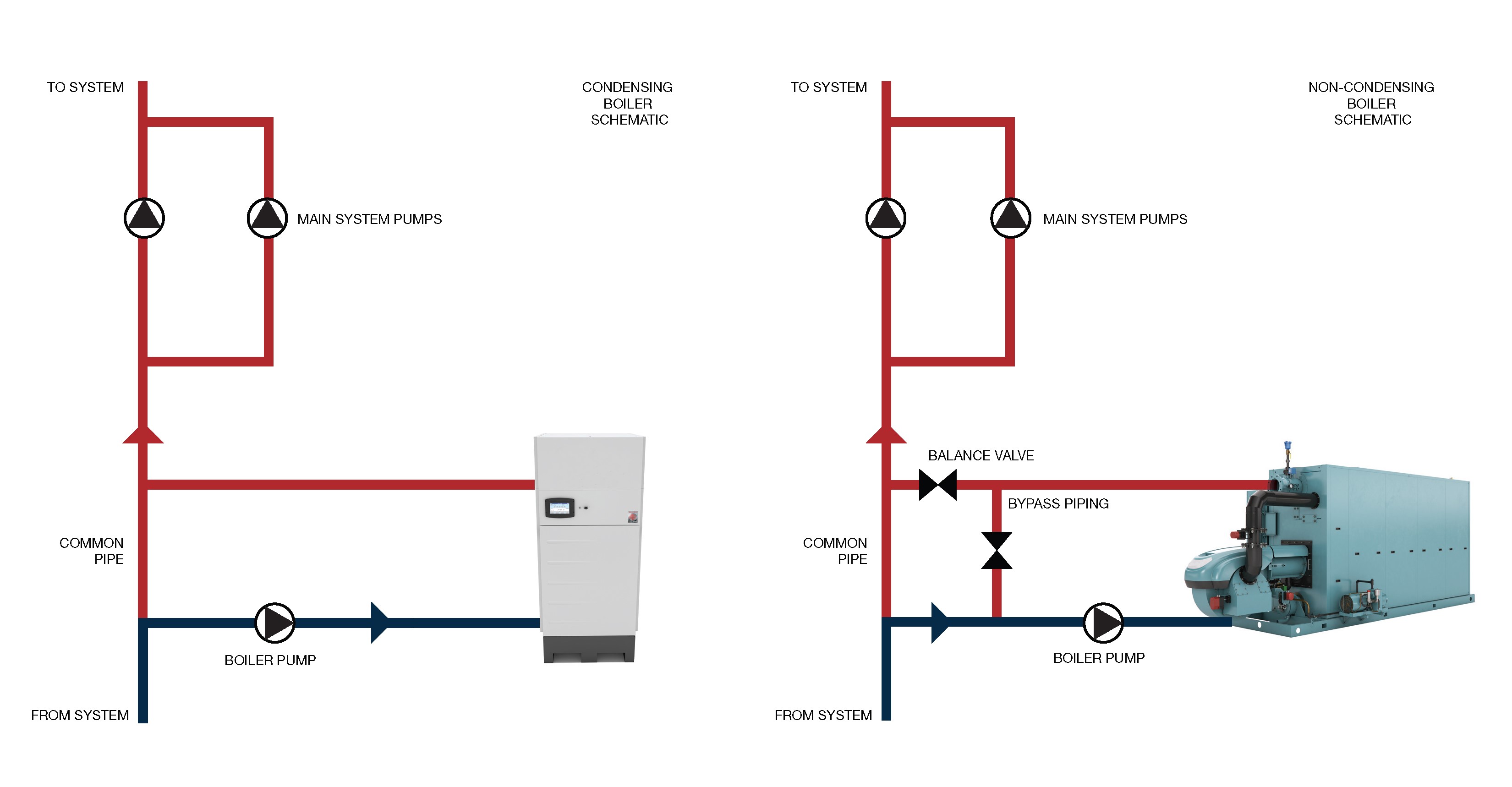 Each retrofit has its own set of challenges, but having a solid understanding of the various pumping and piping configurations available will lead to the correct design for each project.