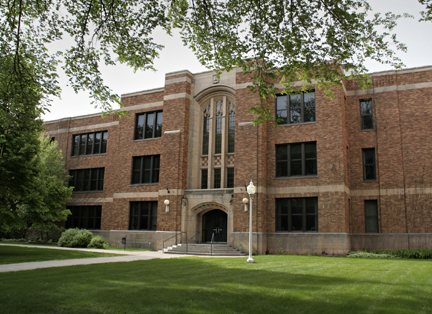 Cleaver-Brooks steam and hot-water solutions keep university campuses running efficiently and reliably. We are experts at coal-to-gas-fired conversions and offer a range of products for both centralized and decentralized facilities.

The experts from Cleaver-Brooks will work with you to develop energy-efficient, environmentally friendly boiler room solutions for any industry.

UM-Dearborn needed to replace its three large steam boilers. The challenge was to design a new system for the 1950s-era boiler room when three-pass boilers were standard. Cleaver-Brooks engineered a 600-hp burner to fit inside a CBJT 700-hp shorter-length shell.

Many different terms or names are used to describe steam in various applications and industries. This inconsistent nomenclature can be confusing, resulting in steam not being described correctly, or it being improperly used in a specific application.

Established in 1966, Penn State Harrisburg originally relied on coal-fired boilers to heat the campus. The coal boilers were replaced with steam boilers in the 1970s. In 2013, a decision was made to transition from steam to hydronic boilers to increase efficiency and decrease operational costs.